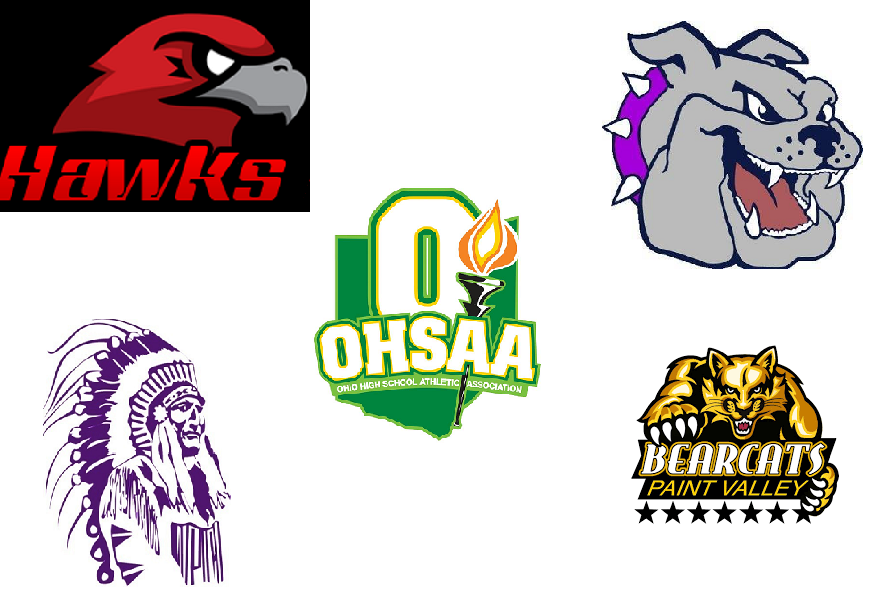 LANCASTER — A timely hit, or the lack of one, is oftentimes the difference between victory and defeat in baseball. Case in point: Saturday’s OHSAA Division IV, Regional 15 Tournament Final

Valley’s Indians took a lead early, never looked back, and then extended its advantage with timely hitting in later innings of the game to defeat Hiland 5-2 and claim the tournament championship.

The Hawks had plenty of opportunities to turn the tide of the contest. Hiland left 11 runners on base in the game, including bases-loaded situations in the third and fourth innings, the latter with only one out. But Hiland’s batters had just one hit in the seven times they came to the plate facing RISP, or runners in scoring position, opportunities over those two innings.

Credit goes Carter Nickel, the second of Valley’s sophomore starting pitching duo, who went the distance on the mound to gain his sixth victory of the season. Nickel struck out seven, four in either bases-loaded or runner-on-third situations, in allowing eight hits.

“Carter pitched out of a few jams and just kept attacking their hitters,” Valley Coach Nolan Crabtree said. “That’s a big spot for a sophomore and he was unbelievable.”

Crabtree also praised his offense, which lashed 12 hits against Hiland pitchers Derrick Troyer and Nolan Yoder. “To pound out 10-plus hits on a team like Hiland is quite an accomplishment,” he added.

“George Arnett came through with an RBI double. It happened at a pivotal point in the game (bottom of third with the game tied 1-1) and really swung the momentum back in our direction. And our seniors Andrew Andronis and Blake Wood combined for five hits and scored four of our runs. Huge performances by those two.”

“We just needed a little better execution on defense in a few spots, and one timely hit could have made the difference,” Hiland Coach Chris Dages said. “Credit Valley for making all their plays and getting those timely hits.”

Defense, a shining part of the Hawks’ stellar season, could have been better in the championship contest. An error fielding a ball that Arnett hit in the bottom of the first inning led to Valley taking a 1-0 lead. In the fourth, Valley got another unearned run on a balk to extend its scoreboard advantage to 4-2. Only three of the Indians’ five runs were earned.

Troyer (10-1) took the loss for Hiland. Troyer and Yoder each hurled three innings in the championship contest.

Dages told his players after the contest to be proud of their accomplishments in 2021. “We had a great season, and we were only eight teams in Ohio playing HS baseball on Division IV on Saturday,” he said. “I told the younger guys to learn from the senior leadership and carry it into next season. Our seniors of upheld the tradition of quality Hiland baseball, and it it’s time for the younger guys to pick up the torch. As difficult as it is to get knocked out of the tournament, they have nothing to hand their heads about.”

Victorious Coach Crabtree echoed some of those same sentiments.

“This (tournament) has been an amazing experience for the kids and for our Valley community,” he said. “I’m just extremely blessed and proud to be a part of it.”

“Hiland is a top-notch program. They do things the right way and have had big success at the state level,” he added. “To be able to compete like we did yesterday versus that type of team was really special.”

With the loss Hiland’s season ends at 27-5. Valley, now 20-11, goes on to the Division IV State tournament where it will oppose the Lincolnview Lancers at 10 a.m. on June 11 at Canal Park Stadium in Akron.